To learn more about our Campaign and how you can get involved, email us at campaign@wosu.org or call 614-292-6430.

Why does WOSU and central Ohio need a new WOSU headquarters?

For a century, WOSU has engaged, informed and inspired central Ohio. We distinguish ourselves with our commitment to collaboration, engagement and local programming.

Nearly 50 years have passed since WOSU radio and television took root in the basement of the Fawcett Center. The space conditions have been increasingly challenging and have limited our ability to serve the citizens of central Ohio. The new facility will be transformative for both WOSU and the community.

The public media organization of the future must be more accessible, inspiring innovation, collaboration, and community connections. More than just a structure, this space will provide special opportunities to engage the public in experiential activities and events, as well as expand local radio, television and digital programming.

With a century of service to central Ohio, our community is increasingly turning to WOSU to fill a growing media void. WOSU has earned the public’s trust by developing a strong creative team and bringing together partners to provide remarkable noncommercial content across radio, television and digital channels.

To maintain and build upon the quality programming and public engagement efforts central Ohio has come to rely on from WOSU, a dynamic new headquarters is desperately needed. Public media cannot thrive by being isolated and relegated to a basement. To continue to have a vital community impact, WOSU must be accessible and visible. A new permanent home is required to reach our service potential — a space reflecting our mission to engage, inform and inspire.

The New Place. New Space. New Experience. Capital Campaign gives our community the opportunity to partner in expanding the impact of public media in central Ohio for the next century. We invite you to join us.

What is the philanthropic campaign goal and how much has been secured?

The New Place. New Space. New Experience. campaign features a philanthropic goal of $12 million. To date, $9.1 million has been secured in individual, corporate and foundation support.

How does the new WOSU Public Media headquarters benefit the central Ohio community?

Embedded in an area of high-volume foot traffic, WOSU’s new headquarters will feature multiple engagement spaces open to the community.

Andy and Sandy Ross Community Studio: Located on the first floor near the main entrance will be dominated by a 2,200 square foot community studio for public experiences including forums with civil discussions, special broadcasts of WOSU programming, screenings of local and PBS programming, teacher learning workshops, and intimate musical performances. This flexible and transparent space will open to an outdoor piazza and grow WOSU’s public engagement presence with two hundred events and activities planned for the first year.

Media Learning Lab: The third floor will showcase our media learning lab, designed to delve into the storytelling of the future and train the next generation. From podcasts to smart phone documentaries to virtual reality, this makers space will have the latest technology and be open to students and the public for creation of media. It will be WOSU’s place for experimenting with new forms of media creation.

Does the leadership of WOSU and The Ohio State University support the campaign?

How is a campaign gift different from my annual membership gift?

Annual membership gifts and campaign gifts are both essential to WOSU. Membership gifts provide the greatest amount of support for WOSU’s annual operations so that we can continue to provide noncommercial PBS, NPR and local programming. Campaign gifts are utilized in full to support costs associated with the construction of WOSU’s new headquarters. The New Place. New Space. New Experience. campaign is a once in a 100-year opportunity to leave a legacy with WOSU through a special investment.

Due to the critical need to continue strong programming and annual operations while undergoing construction of the new WOSU headquarters, we encourage you to consider continuing your annual membership support and making an additional philanthropic investment in the future of WOSU and public media in central Ohio.

How will WOSU recognize my gift? What if I prefer to give anonymously?

WOSU is happy to accept anonymous campaign gifts. Please contact the WOSU Office of Advancement at 614-292-6430 or campaign@wosu.org to discuss.

Are gifts to the campaign tax deductible?

Does my gift to the New Place. New Space. New Experience. campaign support PBS, NPR or The Ohio State University?

WOSU is an affiliate of both PBS and NPR and pays annual dues for the quality, trusted programming central Ohio relies on daily. By way of The Ohio State University Foundation, WOSU is a separate 501 (c)(3) nonprofit organization. Gifts to the New Place. New Space. New Experience. campaign will 100 percent support the new headquarters construction project.

Who is the project architect and contractor?

Located in Columbus, Ohio, Meyers + Associates Architecture, serves as the project architect. Meyers + Associates is a full-service design firm dedicated to providing exceptional client service and design excellence. Founded in 1999, the firm consists of licensed professionals with a vast array of project experience.

What is the construction schedule? 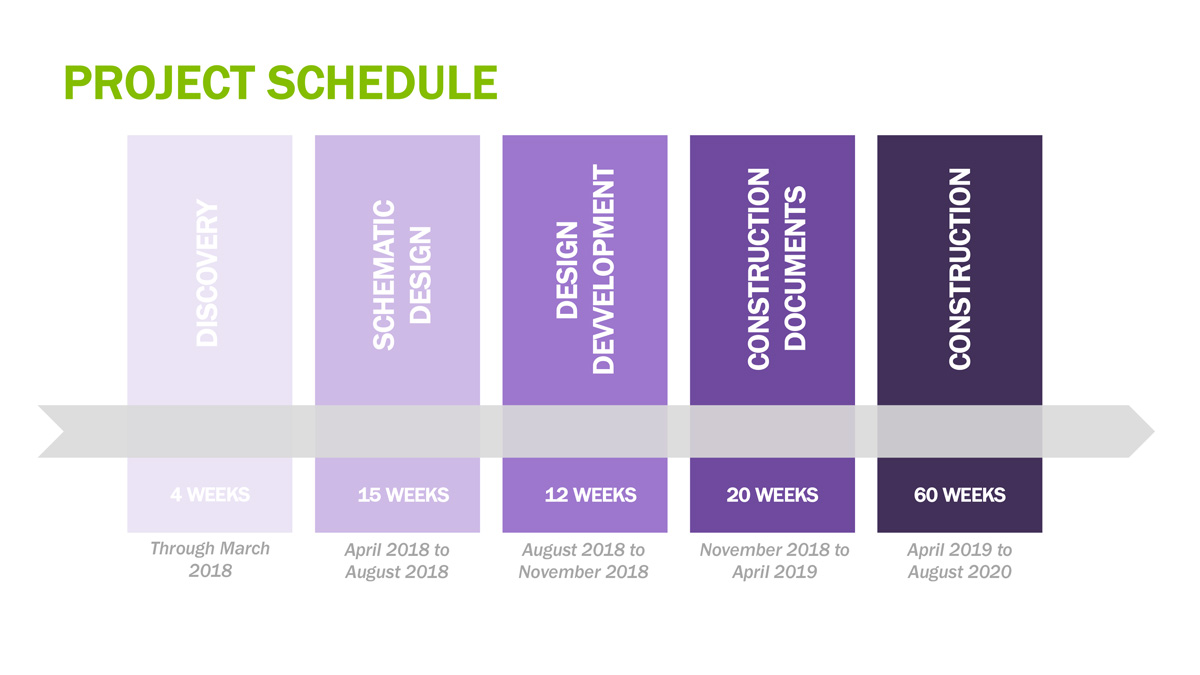 What is the projected project cost?

WOSU Public Media estimates an investment of $30 million is necessary to realize the vision for a new headquarters. WOSU and The Ohio State University are both investing significantly in the project, with university leadership already committing $7 million and WOSU internally funding over $1.8 million in technical equipment funds. WOSU looks to the central Ohio community for $12 million in philanthropic funding to see the project through to completion.

How can I make a campaign gift?

Contact the WOSU Office of Advancement at 614-292-6430 or campaign@wosu.org to discuss your specific giving opportunities today!